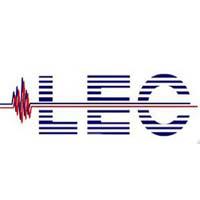 0 Reviews
0.0
Write a Review
This company has no reviews. Be the first to share your experiences!

3
Ask a Question
Toka Tumahole
What branches of Engineering are there in the company? I wish to do a job shadowing at one of the company's brnaches, what should i do? Thank you.
Answer Useful Wrong
Sufyan
Good day.
I just want to find out if I want to sell electricity at my shop. What do I have to do?

Before the LEC came into existence, the service of providing electricity was under the direct control of the Government of Lesotho. A very small coal-fire generating plant was used to supply a handful of domestic consumers in the Maseru West and Old Europa areas, where the foreigners resided. This same plant also supplied the Maseru Administrative centre with power.

In 1965 the responsibility shifted to the Public Works government department. Thus in 1966, the idea of establishing a parastatal which would execute the provision of electricity throughout the country more efficiently, was vigorously debated. Mr. G. K. Herrmann, a German national now living in Spain, will always be remembered for his tireless efforts in convincing the government authorities about the need to establish a parastatal. He inevitably became the first Managing Director of the Lesotho Electricity Company from 1969 to 1971, when he left the country.

As the demand for electricity increased, an agreement was entered into between the Lesotho Government and Eskom of South Africa, to supply Lesotho with electricity, to supplement the one purchased from the ‘Muela Hydro-power station. In February 2005, LEC also entered into another power purchase agreement with Electricidade de Mocambique (EDM) of Mozambique. To date, LEC buys electricity from ‘Muela Hydro-power station (LHDA), Eskom and EDM through a 132kV and 88kV networks. In Qacha’s Nek, LEC purchases electricity from Eskom through a 22kV line from Matatiele in the RSA. Qacha’s Nek is the only district that is not connected to the main national grid.

The LEC Transmission network comprise of the following voltage levels 132kV, 88kV, 66kV and 33kV. LEC distributes with 11kV up to the customers supply point at 220V and 380V; though there are some places like Thabana-Morena where LEC distributes with 33kV. These are the lines that form LEC core business, and without them and its customers, LEC does not exist. The above categories of electricity transmission, distribution and supply infrastructure are planned, constructed and maintained by the Engineering Division, while the Finance Division is responsible for the accounting function and sales of electricity in the company.

LEC is believed to be one of the first parastatals, if not the first in the country. Today it remains the sole supplier of electricity in Lesotho. It was subsequently issued with a Composite License in terms of Section 50 of the Lesotho Electricity Authority Act of 2002, to transmit, distribute and supply electricity. It therefore has an obligation, in terms of the license, to supply power to all customers who are within its service territory. It is however, authorized to supply electricity throughout the country, even beyond the LEC service territory. The service territory is defined as the area around 3.5km of the existing distribution network. It is also responsible for economic procurement of power for its customers.

LEC facilitates the connection of new customers to the electricity grid, through their individual funding or under the Government’s rural electrification roll-out programme. The company is also the sole custodian of the electricity grid and has the mandate to sustainably manage the grid and associated assets. It performs these functions in order to provide reliable, sustainable, affordable and quality electricity supply to customers.

There are six business categories and two domestic categories among LEC’s classification of its customers. There are currently 192,589 customers served by the Company, though the number of domestic customers is continuously increasing. LEC’s customers are in the form of Domestic, {General purpose (small businesses) and Commercial} and Industrial categories, at 94.7%, 5.2% and 0.1% proportions respectively. The sale of electricity is through prepaid and post-paid meters for generating the Company’s revenue, thus the respective processes of electricity sale are vending and billing, for each customer category.​

Similiar Page for Your Business?

Make sure everyone can find your business online. Create your dedicated company page on Lesotho YP - it's simply and easy!
List Your Business
BACK TO TOP